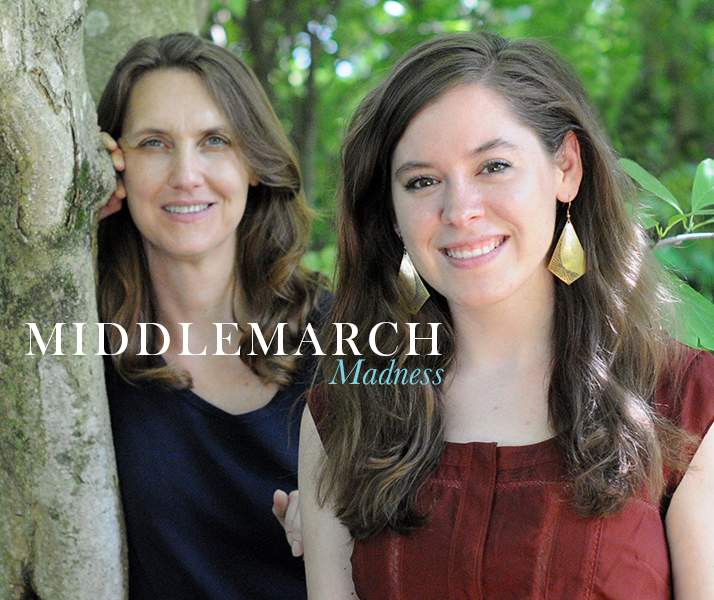 When Associate Professor of English Julie Pfeiffer contemplated teaching a new first-year seminar this fall, the idea of spending an entire semester on a single novel particularly fascinated her.

“Exploring a novel at that kind of leisurely pace, you discover all kinds of things that you don’t when you’re zipping through,” she explains. “Students coming to Hollins are literate, but they don’t necessarily know how to read slowly. They don’t know how to unpack complex sentences and make sense of a complicated novel.”

To Pfeiffer, the perfect fit for such a course was George Eliot’s Middlemarch, which was originally published in eight parts beginning in late 1871. The Guardian ranked Middlemarch 21st on its 2014 list of “The 100 Best Novels,” stating the book “stands as perhaps the greatest of many great Victorian novels.”

“Middlemarch is a brilliant novel, one that still has a lot to teach us about our own lives,” Pfeiffer says. “In many ways our culture gives women many more opportunities than that of Dorothea [one of the novel’s central characters], who is this incredibly talented, passionate young woman. But our culture also says to young women, ‘You need to be practical.’ That’s one of Middlemarch’s major themes: What does it mean to want something different, something that people around you don’t understand? What does it take to act on that? Something Hollins does beautifully is to help young women recognize their passion and tell them, ‘I believe in you and I believe you can do this.’”

Pfeiffer shared her goals and aspirations for the seminar with Carrie Brown, who last spring completed her term as Hollins’ Distinguished Visiting Professor of Creative Writing. Coincidentally, Brown had just read My Life in Middlemarch, New Yorker staff writer Rebecca Mead’s contemporary tribute to the novel, and she proposed an intriguing sidebar to the first-year seminar: Wouldn’t it be fun to have people all over campus read Middlemarch?

“Carrie had a summer reading group when she taught at Sweet Briar College, and she said, ‘You know, this could be a neat way to involve current students who aren’t first years, alumnae, faculty and staff, and other people from the community at large who would be interested in a kind of group reading of Middlemarch and the opportunity to interact along the way.’”

What became known as the Middlemarch Project was introduced this summer. Students who read both Middlemarch and My Life in Middlemarch earned two credits, no tuition required. Teaching fellow Martha Park M.F.A. ’15 helped Pfeiffer foster the project’s emphasis on community by creating and moderating an online blog and forum for participants.

“I saw my role as a little bit of a cheerleader, just kind of keeping the conversation going,” Park says. She had never read Middlemarch before this summer and admits, “It’s daunting; it’s like this brick. I didn’t understand who George Eliot was for a long time. For me, there’s been a lot of mystery about this book. I do think it’s a commitment.”

To make Middlemarch less intimidating to the reading community, Pfeiffer and Park divided it up so that people would only have to read one of the novel’s “books” a week, an average of 100 to 120 pages. The approach gave participants the freedom to “take eight weeks to do this. Don’t rush yourself. Be thoughtful and give yourself a chance to wonder about what’s going to happen next,” Pfeiffer explains. At the same time, Park structured the online blog and forum so that “students and anyone else involved could post throughout the summer and comment on each other’s work without getting any spoilers. Everyone could contribute to the conversation.”

The Middlemarch Project will culminate with Rebecca Mead’s visit to Hollins December 2 – 4 to discuss her relationship with the novel. “It’s every English major’s dream, to write a book about a book you love,” Park says. “Mead has this lively engagement with Middlemarch and her writing about it is so energizing. I would love it if we were to create a bunch of Middlemarch evangelists.”

“If you can read Middlemarch, you can read and enjoy any 19th-century novel,” Pfeiffer believes. “There are all kinds of great novels out there that will become accessible and exciting.”

The insidious dangers of stereotype threat

Common readings, assigned to incoming students the summer before they start at Hollins, have been part of the first-year seminar program since its inception nearly 10 years ago. Jon Bohland, associate professor of international studies, and Rebecca Beach, dean of academic services, facilitated the selection of this summer’s book, Whistling Vivaldi: How Stereotypes Affect Us and What We Can Do. Besides providing a shared experience, says Bohland, the reading “gives first-year seminar instructors something quick out of the gate that we can talk about that’s scholarly and academic.” In Whistling Vivaldi, Claude M. Steele, a social psychologist who is also the executive vice chancellor and provost at the University of California-Berkeley, tackles many of the problems associated with assumptions based on race and gender. The name of the book comes from a story told to him by his friend Brent Staples, a writer for The New York Times. An African-American, Staples deflected any threat he might impose when he walked in white neighborhoods by whistling the classical strains of a Vivaldi composition.

“This book is largely a discussion of an academic’s life’s work,” says Bohland. Steele and his fellow researchers coined the term stereotype threat and defined it as “being at risk of confirming as self-characteristic a negative stereotype about one’s worth.” Much of Steele’s work was in the field of test taking. When he taught at the University of Michigan, he noticed that African-American students whose abilities were the equal of their white counterparts struggled to perform well while taking tests. “When they felt like they were at risk of negatively affirming something about their group,” they didn’t score as high as their abilities predicted, says Bohland. “Psychologically, it impacted their performance.”

Bohland expects the book to spark discussion among students and faculty. In fact, “the little bits leaking out from the student success leaders [SSLs] about this book are really positive,” he says. SSLs work with the first-year seminar faculty to facilitate discussion and help get new students off to a strong start. Bohland hopes that students get a sense of how subtle stereotyping can be—how it can happen even when no overt speech or action has taken place. “I hope that students will think about their own lives as young women and how many times they may have experienced these things without even knowing it,” he says.

In addition to inspiring discussion, reading Whistling Vivaldi will serve another purpose that’s fundamental to the college experience. “It shows how someone went through the research process,” says Bohland. “So we can also have conversations about: Why did Steele do this? How did he set up his experiments and projects? What was he measuring against?” Bohland’s hope is that students will have a better understanding, right from the start, about “what it means to think critically and how to do research and write about it.”