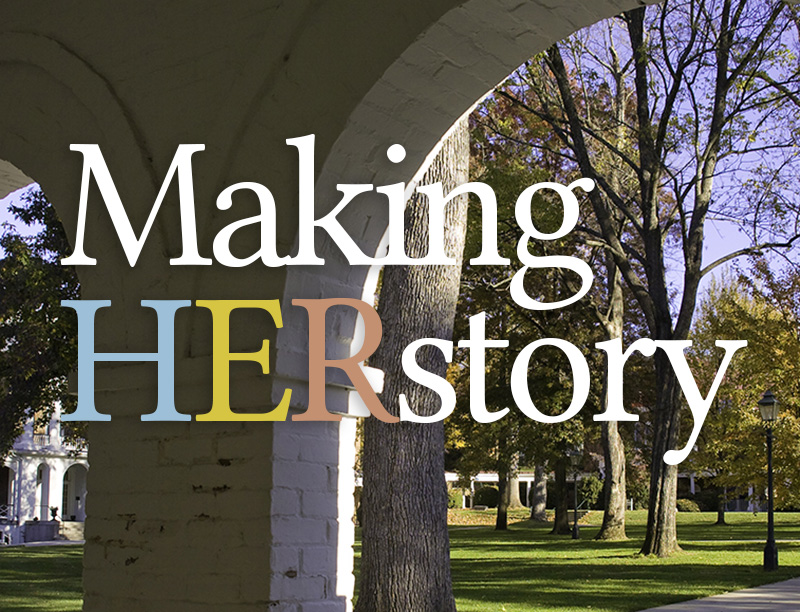 Some secrets are just harder to keep than others. And every time Vice President for External Relations Suzy Mink ’74 shared it with someone, they started crying.

There is no perfect way to share the news that an alumna has honored her alma mater with a gift of $75 million in cash almost immediately from a single donor. But each conversation inevitably began with a simple question: “Are you sitting down, because I have some wonderful news to share.”

“There’s no easy way to break the news that Hollins is receiving $75 million, in cash, almost immediately, from a single donor,” Mink said. “It’s almost too much to take in.”

The donor, a passionate alumna of, and believer in, Hollins, shared her intention to give $75 million to Hollins with Mink. Like most who meet President Mary Dana Hinton in person, the donor told Mink she saw something compelling in her attitude and vision for Hollins University. This gift wouldn’t come in her will or in due time, but rather in cash, in three equal installments over the next three years.

Together, she and Mink called Hinton to share the news. “To say it was an emotional and overwhelming call is a vast understatement,” Hinton said. “Because I know Suzy and the donor, I knew they wouldn’t joke about such a matter, but the enormity of the gift and the moment was unbelievable.

“My heart literally leapt with joy for Hollins and for this alumna. Her heart and her love for Hollins are as big as this gift, and I know what this meant to her. I still weep recalling the call; it was amazing.”

For those unfamiliar with fundraising, one does not simply hand over cash at those levels without working out a complex web of details, and until those issues could be finalized, the circle of those who knew remained small; as in Mink, Hinton, and the donor. Quickly, Executive Vice President and Chief Operating Officer Kerry Edmonds and Board Chair Alexandra Trower ’86 were pulled in.

All four readily acknowledged shedding tears at the news. And then more tears later, as the enormity of the moment and gift fully settled in.

Can Women’s Colleges Turn the Corner?

Women’s colleges are an endangered concept. The decline in the number of women’s colleges has been severe and relatively swift. Almost nine in every 10 women’s colleges that existed at their peak of roughly 281 (according to The New York Times) in the mid-1960s have closed, transitioned to a coeducational mission, or merged into other institutions. In 2021, only 31 women’s colleges remained in America, and that number is expected to drop further in the coming decades. That’s roughly 50 women’s colleges closing every decade.

“Years of underfunding for the sector has collided with the devastation stemming from the pandemic on women’s education, families, and jobs. This reality makes an already tough situation at women’s colleges unsustainable,” said Emerald Archer, executive director of the Women’s College Coalition. “Given the backdrop of the global pandemic, it has become even more clear to me that financial aid is a woman’s issue. Even though women are the majority when it comes to those seeking higher education, they are the ones bearing the greatest burden when it comes to financial hardship. Hollins’ gift will, in part, be used to alleviate these hardships for traditionally underserved students. To say that this is a game changer for students is not an exaggeration.”

The donor believed it was time to set Hollins apart by ensuring its return to a stable financial footing and to provide the long-term financial structure for supporting need-based aid for generations to come.

“I don’t want a sticker price, ranking system, or anything else to get in the way of a student successfully pursuing an education,” Hinton was quoted as saying in The Washington Post’s coverage of the gift announcement. “This gift will impact generations of students on the Hollins campus. It is truly transformational.”

Gifts at this level, at a school of Hollins’ size, have outsized impact on issues of accessibility for traditionally underserved and limited-income students. “The need for an educated citizenry and women’s leadership development is greater now than ever, yet higher education access is more challenging than ever,” Hinton continued.

Financial security and long-term stability are critically important issues for women’s colleges like Hollins. The alumna donor, in her official statement about the gift, clearly agreed: “Hollins’ mission and the value of its enduring presence and direction as a progressive institution were the catalyst for my gift and the urgency of making the funds available immediately. It ensures Hollins can move forward, with confidence, as an institution committed to women and the liberal arts.”

Presently, Hollins invests $21 million annually in financial aid. The undergraduate student body at the start of the 2021-22 academic year was 36% low income, 32% first generation, and 30% students of color.

“This gift signals for me that I, and all of us on campus, must work even harder to thrive,” Hinton said. “We cannot view this gift as a stopping point. Rather, it has crafted a runway for us to actively and aggressively plan for a life into the future. It calls on each of us to ask what we can do to bring that future—our mission—into fruition. So, to me, it is a call to action.”

It is a call Hinton hopes inspires not only future donors to Hollins, but women’s colleges across the country. Archer echoed that hope.

“From uniquely preparing women to lead in a global society and closing the gap in male-dominated fields, to being epicenters of inclusive excellence and creating a community that promotes lifelong learning and connection beyond graduation—women’s colleges have more relevancy today than they ever have before,” Archer added.

You cannot rush a miracle

As anyone who has worked in the non-profit fundraising world knows all too well, receiving a gift of this size out of the blue rarely happens. This $75 million gift, while shocking due to its enormity, was not entirely unexpected. Rather, it was the surprise ending of one chapter in a very long story. That story is about this alumna’s relationships with key individuals at Hollins, her abiding faith in the institution, and the excitement she felt when hearing of Hinton’s vision for the future.

The journey from initial conversations about a significant, possibly record-breaking gift to the actual announcement in December was in fact a long and winding one, taking years and hundreds of hours of conversation.

“One of the great gifts of my work is having the opportunity to get to know many alumnae/i and friends and what matters to them about Hollins,” Mink said. “Building relationships and trust is so very important as they consider the many ways they can help Hollins, and it is that close connection that allows important and significant conversations about philanthropy to take place.”

Almost every gift begins, continues, and ends with connection. That connection begins as a student—to the institution, to their classmates, to their faculty and staff mentors. It continues after graduation, often through sustained friendships made and through outreach efforts from the advancement and alumnae relations teams. And the connection, as it pertains to major gifts, concludes with deliberate conversations between the donor, Mink or another advancement representative, and the president.

What has sprouted into a record-breaking gift began as a seed planted as a student, was watered with contact and given sunlight through updates on campus and academic life, and grew over time. And Mink stresses that institutions require a diverse garden to be healthy. Every flower that grows by staying connected to Hollins has a vital place in the ecosystem, whether it gives back a single dollar, 75 million of them, or can’t even afford to donate but just hopes to one day. No healthy nonprofit ecosystem can thrive on the redwoods of major giving alone.

Most importantly, this gift to the endowment was about strengthening the institution’s foundation and stabilizing financial operations for the long term, and to do so in a way that would not require Hollins to pull back from the generous investment in financial support it has been offering students but instead to lean in. It is only the beginning of a new chapter.

Read a selection of messages of gratitude received from alumnae.