A fitting farewell for Wyndham

on September 16 | in Giving | by Jean Holzinger

$2 million scholarship fund in her honor

Wyndham Robertson ’58 knew something was up. After all, when you’ve served your alma mater as a trustee for thirty-one years, they won’t just let you ride off into the sunset when you announce your plans to retire. Besides, her fellow trustees warned her to get dressed up. So when Robertson arrived with her dashing date, Chuck Whittingham, on the lawn of the library named for her on the evening of May 20, she suspected there would be a few accolades before the night was over.

She expected to see her colleagues on the board—she had spent all day with them in meetings. But then she started spotting former trustees, old friends and classmates, and then a whole delegation of her family—brother Julian Robertson, sister Blanche Bacon, nieces, nephews, and their children. And this was all before she walked inside the library, where the Frances McNulty Lewis Reading Room had been transformed into an elegant dining room. 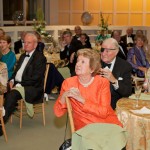 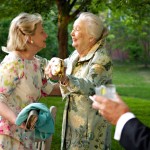 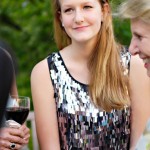 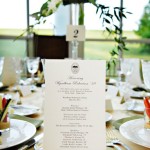 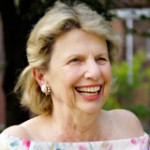 The evening held more surprises: a loving roast from Lisa Long ’72, Tom Kenan, Buffy Morgan ’60, and Julian Robertson. Anne Faircloth M.A. ’00 gave a moving tribute to the close friendship Wyndham shared with her late mother, Nancy Faircloth ’52, and presented Wyndham with a cigarette case that had belonged to her mother, although she said in doing so she hoped not to encourage septuagenarian smoking.

And more surprises: a frame to hold a portrait the trustees have commissioned Annette Polan ’67 to paint of Wyndham, and the biggest news of the evening—a new $2 million Wyndham Robertson Scholarship Fund and a scroll containing the names of the 200 donors who had contributed through the previous day. Others have been added to the list since then.

It was an evening of love, appreciation, fond memories and looking ahead—for Wyndham Robertson, who is taking a break after more than three decades as an active trustee, which included stints as board chair and more recently as chair of the campaign that raised $162 million; and for Hollins, which will be learning to live without her valuable day-to-day involvement.