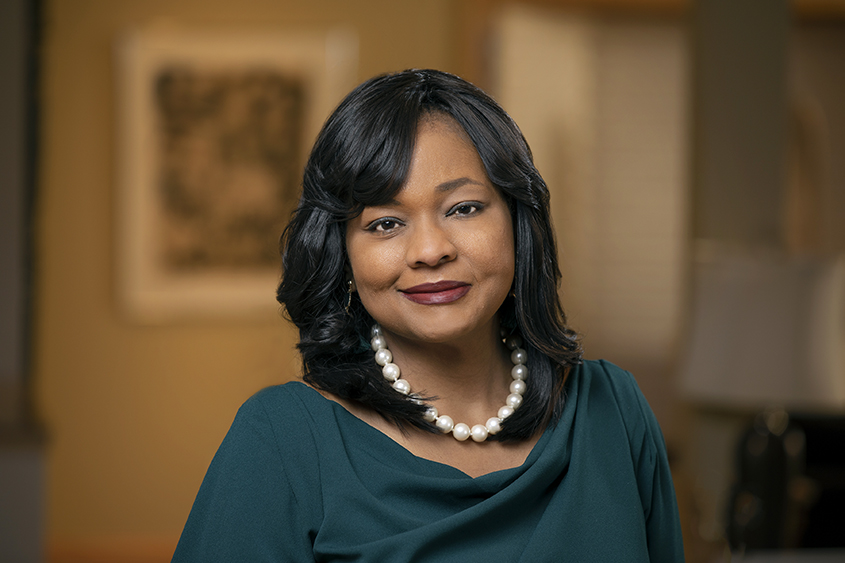 Hollins University has announced that Mary Dana Hinton, Ph.D., president of the College of Saint Benedict (Saint Ben’s) in St. Joseph, Minnesota, will become the school’s next president. She officially takes office on August 1.

“I am overjoyed to be named the 13th president of Hollins University,” said Hinton, a North Carolina native who has served as president of Saint Ben’s since July 2014. “Hollins’ steadfast commitment to the education of women, its grand ambitions for the future, and the strong desire to not only be an inclusive leader in women’s education but a higher education innovator reflects the incredible vision and enormous potential of the university.  I am grateful for the opportunity to, alongside the Hollins board, faculty, staff, alumnae, and, of course, the outstanding student body, envision and work toward an incredibly bright future.”

I am overjoyed to be named the 13th president of Hollins University.

During Hinton’s tenure at Saint Ben’s, she was successful in elevating the national profile and voice of the college as a thought leader in higher education, specifically in the liberal arts and women’s leadership development. Saint Ben’s, which enrolls approximately 1,700 undergraduate women, is ranked in the top 100 liberal arts schools by U.S. News and World Report.

“President Hinton’s leadership experience prepares her perfectly to lead Hollins,” said Alexandra Trower, chair of the Hollins University Board of Trustees. “We hoped to find a candidate who was a sitting president, who was passionate about women’s education and the liberal arts, and who was excited about building the trust and collective effort needed to support new programs for Hollins’ future. We found all of that, and we also found a remarkable woman.”

President-elect Mary Dana Hinton was among the higher education leaders brought together by The New York Times Magazine to consider “What Will College Be Like in the Fall?”

Remarks from President-elect Hinton at her welcome reception, February 21 (PDF)