Hollins has long been dedicated to fostering a campus community that encourages and values diversity and inclusivity.

Working to abolish prejudice never ends and Hollins is committed to promoting racial and cultural understanding. Most notably:

To complement these efforts, the following steps have been taken or are under way: Book Discussion with Lisa Dillman and Yuri Herrera
Dillman, translator of more than 20 novels, translates from Spanish and Catalan and teaches in the department of Spanish and Portuguese at Emory University. Her translation of Herrera’s Signs Preceding the End of the World won the 2016 Best Translated Book Award. Other recent translations include Such Small Hands, by Andrés Barba; Mourning, by Eduardo Halfon; and Salting the Wound, by Víctor del Árbol. She lives in Georgia. Born in Mexico, Yuri Herrera received his Ph.D. in Hispanic language and literature from the University of California, Berkeley. His English-language debut novel, Signs Preceding the End of the World (Señales que precederán al fin del mundo), was featured in many Best-of-Year lists, including The Guardian’s Best Fiction and NBC News’ Ten Great Latino Books. Publishers Weekly called it “a haunting book that delivers a strange, arresting experience.” His latest novel, The Transmigration of Bodies (La transmigración de los cuerpos) (2016),prompted Pop Matters to proclaim, “Herrera is rapidly making a name for himself as one of the most exciting authors publishing in America today.” He teaches at Tulane University.
Monday, September 23, 7:30 pm

Screening of Catalina with Director and Filmmaker Paola Ossa. She is an award-winning New Jersey-based writer and director. Born in Colombia and raised in the U.S., she credits a rich culture for nourishing her creativity and curiosity. Her latest film, Catalina, was recognized by the Directors Guild of America and led her to receive an award for “Outstanding Directorial Achievement.” The film, which depicts the struggles of an 11-year-old girl who learns to fend for herself while her mother spirals out of control in fear of deportation, had its world premiere at Gasparilla International Film Festival and has been screening at film festivals all over the country.
Wednesday, October 2, 4:45 pm Oil, Socialism, and Crisis in Venezuela — presentation by Alejandro Velasco
Velasco is an associate professor of Latin American history at New York University and executive editor of the NACLA Report on the Americas. He is the author of Barrio Rising: Urban Popular Politics and the Making of Modern Venezuela.
Tuesday, October 15, 6:30 pm Victoria Persinger Ferguson is the Monacan Indian exhibit manager, and a member of the Monacan Indian Nation of Virginia. With a background in science and research methodologies, she has spent 20 years seeking first person documentation as well as archaeological information to help explain and support theories on the daily living habits of the Eastern Siouan population up through the early European colonization period. She has assisted with the building and development of two Eastern Siouan Village construction projects as a primitive technologist with emphasis on textiles, basketry, ceramics, sewing, and cooking, and is the author of a children’s book, Dark Moon to Rising Sun. 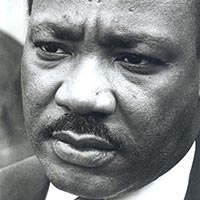 . Harjo is the first Native American Poet Laureate in the history of the position. She was born in Tulsa, Oklahoma on May 9, 1951, and is a member of the Mvskoke/Creek Nation. She received a B.A. from the University of New Mexico before earning an M.F.A. from the Iowa Writers Workshop in 1978.

Harjo is a poet, musician, and playwright. She is the author of several books of poetry, including An American Sunrise (W. W. Norton, 2019);The Woman Who Fell From the Sky (W. W. Norton, 1994), which received the Oklahoma Book Arts Award; and In Mad Love and War (Wesleyan University Press, 1990), which received an American Book Award and the Delmore Schwartz Memorial Award. Her memoir Crazy Brave (W. W. Norton, 2012) won the 2013 PEN Center USA literary award for creative nonfiction. Harjo has also published collections of interviews and conversations, children’s books, and collaborative art texts. [Photo by Karen Kuehn]
Monday, February 10, 7:30 pm, Hollins Theatre Maria Hamilton Abegunde will be the International Women’s Day speaker in March 2020. Abegunde is a Memory Keeper, poet, ancestral priest in the Yoruba Orisa tradition, doula, and a Reiki Master. Her research and creative work respectfully approach the Earth and human bodies as sites of memory, and always with the understanding that memory never dies, is subversive, and can be recovered to transform transgenerational trauma and pain into peace and power.
Thursday, March 5, 4:30 pm, Hollins Room, Wyndham Robertson Library