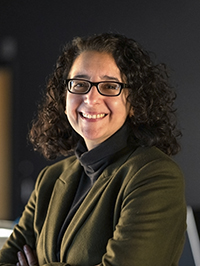 Professor Amy Gerber-Stroh has produced and directed independent films for over 20 years. Her films have won honors at numerous film festivals and professional venues such as the Edinburgh International Film Festival; Film Forum, Los Angeles; Women in the Director’s Chair; and the Charles Guggenheim Center for Documentary Film. She also has directed art films for the Los Angeles County Museum of Art. Her films focus on the intersection of memory, culture, and history. Gerber-Stroh also was a casting associate on 12 major motion pictures in the 90s, including Angels In The Outfield, Tank Girl, Goldeneye, and The Mask of Zorro. She worked for all the major studios in Hollywood including Disney, Warner Bros., and Columbia Pictures. Professor Gerber-Stroh received her M.F.A. in film/video from the California Institute of the Arts. She chairs the film department at Hollins and teaches production, animation, and film studies. 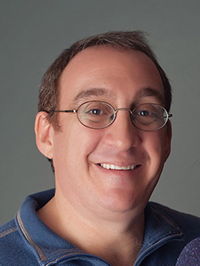 Professor Brian Price is an award-winning screenwriter and director who has worked with major studios, independent producers, and television networks from around the world, including Universal, Warner Bros., Endgame, Blaspheme Pictures, Scanbox Entertainment, Hudson River, and Mother Films. He’s taught screenwriting at the UCLA School of Theatre, Film and Television, RIT, Yale University, Johns Hopkins University, and the Brooks Institute, where he developed their M.F.A. screenwriting program. His students have gone on to direct for folks like Steven Spielberg and to be nominated for Emmys and Golden Globes, and most impressively, he still gets residuals for playing the vice president of the Burt Reynolds fan club in an episode of Beverly Hills 90210. His book Classical Storytelling and Contemporary Screenwriting, published by Focal Press, is required reading in screenwriting programs around the world. He received his M.F.A. from the UCLA School of Theatre, Film and Television.

If you have any questions about the program, please contact Amy or Brian at hugrad@hollins.edu.